Real Madrid’s Eden Hazard is preparing his return to the pitch. The Belgian posted a video of two of his goals in training on Wednesday.

Eden Hazard is finally back in training. The Real Madrid player could have made an appearance against Osasuna, but Madrid coach Zinedine Zidane decided against it.

The Frenchman wants the striker to be at 100% for the complicated tie against Manchester City in the round of sixteen of the Champions League. The first leg, at the Santiago Bernabéu, will take place next Wednesday 26th February.

Working hard and having fun… 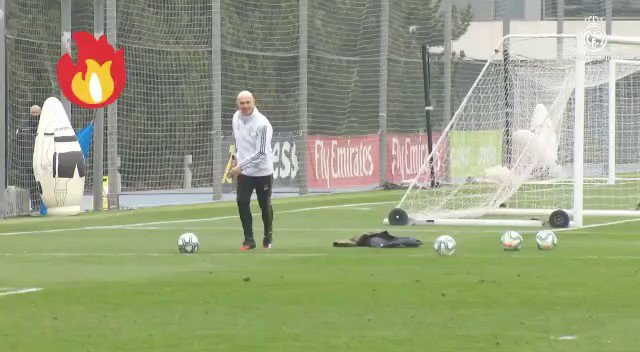 6,395 people are talking about this

The Belgian is already training at the same pace as his teammates and this Wednesday, he decided it was time to brag about his goalscoring skills, clearly not affected by his injury.

In addition, you can see how some players in the squad like Lucas Vazquez, Sergio Ramos or Luka Modric congratulate him and clap for him.