The Athletic Bilbao footballer Iker Muniain opened the scoring in the first leg of the Copa del Rey against Granada. The 27 year-old sent San Mames into ecstasy.

It seemed like it would be 0-0 at half-time after an entertaining first half and with goalscoring opportunities at both ends. However, the deadlock was broken before the break. 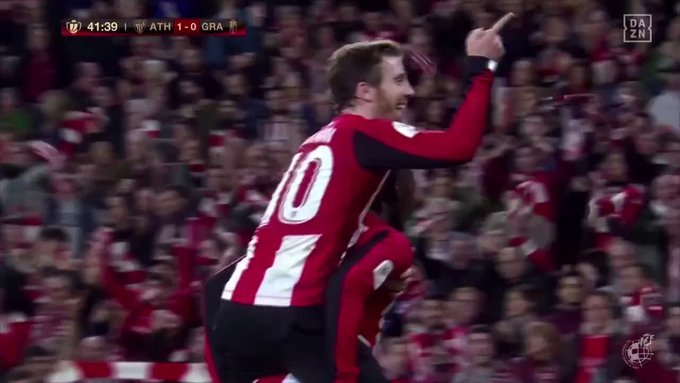 38 people are talking about this

As usual, the captain appeared on the scene. Iker Muniain raised the San Mames crowd off their seats with a goal which came at a bad time for the Andalucian side, just before the break.

In the 42nd minute, Inaki Williams ran to the byline with the ball at his feet before laying the ball on a plate for Muniain in the middle who just had to hit home to make it 1-0.